The last time Alabama politicians rewrote their state Constitution, back in 1901, their aspirations were explicitly racist: “to establish white supremacy in this state.”

“The new Constitution eliminates the ignorant Negro vote and places the control of our government where God Almighty intended it should be — with the Anglo-Saxon race,” John Knox, the president of the constitutional convention, said in a speech encouraging voters to ratify the document that year.

One hundred twenty years later, the Jim Crow-era laws that disenfranchised Black voters and enforced segregation across Alabama are gone, but the offensive language written into the state Constitution remains. Now, as communities across the South reconsider racist symbols and statues, activists in Alabama who have labored for 20 years to convince voters that rewriting their Constitution is important — and long overdue — see an opportunity to get it done.

“I am tired of being treated as a second-class citizen, and terms like ‘colored’ that are throughout the Constitution play a part in that feeling,” said Marva Douglas, an actress and retired teacher who first joined Alabama Citizens for Constitutional Reform in the early 2000s.

Efforts to rewrite the state constitution failed twice before. But last fall, voters — jolted partly by racial justice protests across the country — gave a green light. This month, a committee of lawmakers and lay people began the process of redrafting; their work will go before the voters next year to be ratified before the new constitution can take effect.

The redrafting campaign may not be as dramatic as efforts elsewhere to reform the criminal justice system or tear down Confederate monuments, but advocates argue that addressing racist language is a critical part of reckoning with the past.

“It’s not an either-or, it’s a continuum,” said Paul Farber, the director of Monument Lab, a Philadelphia-based public art and research studio dedicated to examining how history is told in the public landscape. “Part of the work is to understand how symbols carry weight and how they are connected to systems that structure public institutions and spaces and opportunity.” 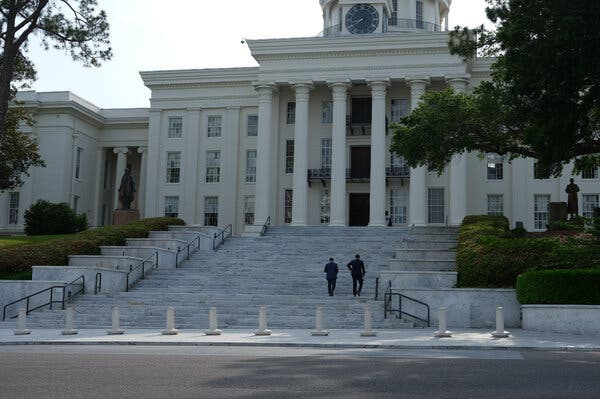 Shay Farley, regional policy director for the Southern Poverty Law Center, describes the effort as a way for the state to signal its collective rejection of white supremacy. “We must remove the lingering vestiges of racial segregation and legalized oppression of Alabama’s Black residents,” she wrote in a letter endorsing the constitution project.

The effort will start by extracting passages like Section 256, which still says that “separate schools shall be provided for white and colored children, and no child of either race shall be permitted to attend a school of the other race,”

The state Constitution also includes a ban on interracial marriage, though the U.S. Supreme Court ruled such marriages to be fully legal in all states in 1967. “The Legislature shall never pass any law to authorize or legalize any marriage between any white person and a Negro, or descendant of a negro,” the state Constitution still says.

And it includes descriptions of former voting requirements that were generally used to disenfranchise Black residents, including literacy tests and poll taxes. (The Constitution, written before women won the right to vote nationally, also includes language restricting voting to men.)

Two previous failed efforts to remove the section on school segregation — which was outlawed nationally by the Supreme Court in its 1954 Brown v. Board of Education decision — were complicated by a related debate over a 1956 state amendment that said Alabama did not recognize any right to a publicly funded education whatsoever, language that was aimed at thwarting the ruling on desegregation.

When advocates tried to get rid of both passages at once in 2004, opponents argued that the result would be higher taxes to increase school funding. Then in 2012, an effort to get rid of the segregation language without touching the public funding language drew opposition from school advocates — ultimately leaving the Constitution as it was. 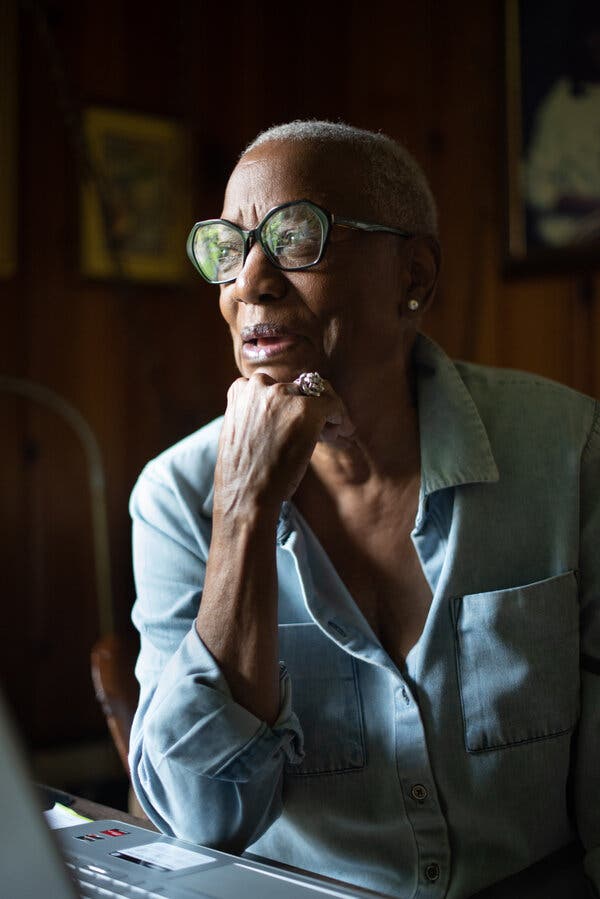 To Representative Merika Coleman, a Democrat and the assistant minority leader in the Alabama House of Representatives, getting rid of outdated and racist language is an opportunity to improve the state’s reputation.

Last summer, she recalled, just when many residents were participating in ceremonies honoring the life of the civil rights leader John Lewis, one of her State House colleagues participated in a celebration of the birthday of Nathan Bedford Forrest, a Confederate general and the first grand wizard of the Ku Klux Klan.

“That story made the national news,” she said. “All of the negative images that come from here make the news.”

Ms. Coleman wants the reputation of Alabama as intolerant and racist to change. “Collectively, we are not those folks that were celebrating the birthday of the K.K.K.,” she said. “That’s not who we are.”

She also worries about the impact of the current Constitution’s effect on schoolchildren.

The project, if successful, will also allow the state to streamline the entire document — the longest state Constitution in the country — making it easier to navigate and understand and removing other sorts of outdated provisions.

Representative Coleman, who sponsored the constitutional amendment that set the redrafting in motion and now chairs the committee considering changes to the charter, also sees the removal of racist language as an entry point to conversations about current-day policies that disproportionately affect Black residents. She points to a passage on “involuntary servitude,” which is illegal except in the case of people convicted of crimes. The practice, she said, has disproportionately affected Black Americans, who for decades have been sentenced to toil on prison farms and to do other forms of prison labor.