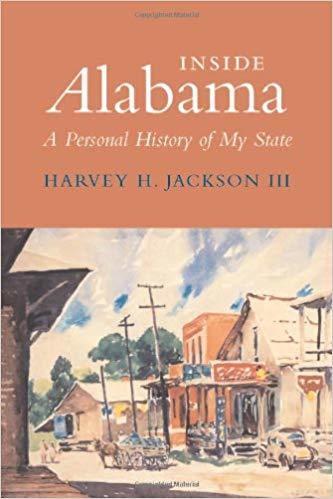 An affectionate, irreverent, candid look at the "Heart of Dixie."

This book tells Alabama's history in a conversational style with an unapolo-getically subjective approach. Accessible to general readers and students alike, it recounts the history and politics of a state known for its colorful past, told by one of the state's most noted historians and educators, whose family came to the territory before statehood. A native and resident Alabamian, Harvey Jackson has spent a lifetime discovering and trying to understand his state. Expressing deep love for its people and culture, he is no less critical of its shortcomings.

Inside Alabama, as the title implies, gives Jackson's insider's perspective on the events and conditions that shaped modern-day Alabama. With humor and candor, he explores the state's cultural, political, and economic development from prehistoric times to the dawning of the new millennium. Mound-builders, Hernando de Soto, William Bartram, Red Sticks, Andy Jackson, Bourbon Democrats, suffragettes, New Dealers, Hugo Black, Martin Luther King Jr., George Wallace, Rosa Parks all play colorful parts in this popular history. By focusing on state politics as the most accessible and tangible expression of these shaping forces, Jackson organizes the fourteen chapters chronologically, artfully explaining why the past is so important today.