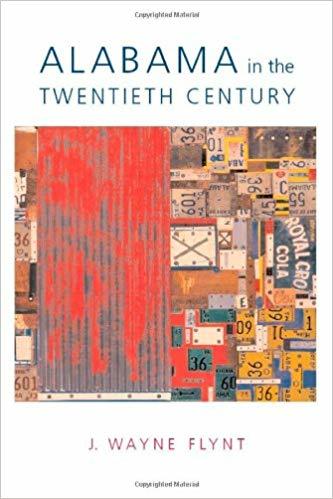 An authoritative popular history that places the state in regional and national context.

Alabama is a state full of contrasts. On the one hand, it has elected the lowest number of women to the state legislature of any state in the union; yet according to historians it produced two of the ten most important American women of the 20th century—Helen Keller and Rosa Parks. Its people are fanatically devoted to conservative religious values; yet they openly idolize tarnished football programs as the source of their heroes. Citizens who are puzzled by Alabama's maddening resistance to change or its incredibly strong sense of tradition and community will find important clues and new understanding within these pages.

Written by passionate Alabamian and accomplished historian Wayne Flynt, Alabama in the Twentieth Century offers supporting arguments for both detractors and admirers of the state. A native son who has lived, loved, taught, debated, and grieved within the state for 60 of the 100 years described, the author does not flinch from pointing out Alabama's failures, such as the woeful yoke of a 1901 state constitution, the oldest one in the nation; neither is he restrained in calling attention to the state's triumphs against great odds, such as its phenomenal number of military heroes and gifted athletes, its dazzling array of writers, folk artists, and musicians, or its haunting physical beauty despite decades of abuse.

Chapters are organized by topic—politics, the economy, education, African Americans, women, the military, sport, religion, literature, art, journalism—rather than chronologically, so the reader can digest the whole sweep of the century on a particular subject. Flynt’s writing style is engaging, descriptive, free of clutter, yet based on sound scholarship. This book offers teachers and readers alike the vast range and complexity of Alabama's triumphs and low points in a defining century.